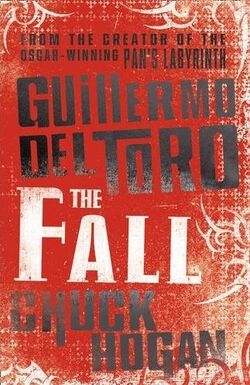 The Fall is the sequel to The Strain and was released in 2010. It is followed by The Night Eternal.

The fight against the vampires continues as Abraham Setrakian, an aged vampire hunter, tries to find the lost grimoire Occido Lumen before the Master's forces does. Setrakian is aided by epidemiologist Ephraim Goodweather and the rat-catcher Vasiliy Fet, but they must go against the elderly billionaire Eldritch Palmer who, having been promised immortality by the Master, has used his influence to institute a news blackout, ensuring that the vampires face little resistance.

Even more trouble comes their way as Goodweather seeks to protect his son Zach from his wife Kelly, who has become a vampire and is now possessed by an animalistic instinct to convert her family.